Nutra Tea > Our Blog > Guides > Ginger – Does It Help With Digestion?

Ginger – Does It Help With Digestion?

Ginger has been known to help soothe stomach upset and ease along digestion. The spice has also been suggested to alleviate feelings of nausea and sickness, as well as providing a range of other health benefits.

Digestion is a vital process within the body. It’s how we get our nutrients from food and drink, and when compromised, can cause fatigue and discomfort. You can help to promote healthy digestion through a range of different ways, including taking supplements of ginger.

Ginger is a spice filled with nutrients, and is commonly used in cooking and teas. It originates in Asia, and is part of the Zingiberacaeae family. Ginger has been known as an ancient herbal remedy for a whole range of different ailments, with many now using it today to promote health and enhance their diet.

Why Does Ginger Help With Digestion?

Ginger has been linked with a variety of health benefits, including alleviating feelings of nausea and promoting digestive health. The spice has been used historically within many different alternative medicines, and has more recently been suggested to help treat such digestive issues as chronic indigestion.

Sufferers of chronic indigestion experience pain in their stomach, which is thought to be due to a delay in the digestive process caused by the stomach. Ginger has been found to speed up this delay, which may benefit those who suffer from indigestion, and their subsequent stomach pains.

How Does Ginger Help With Digestion?

The ingredients that ginger is comprised of help it to promote digestive health, one of these being digestive enzymes. It’s been suggested that these enzymes aid the digestion process by helping to speed up the time it takes for food to move through the digestive tract, further promoting digestion and reducing the risk of delays and discomfort.

The spice is also known to hold anti-inflammatory properties, as well as stimulating the metabolism and the flow of blood – all of which can help to boost detoxification.

What Other Health Benefits Can I Get From Ginger?

Alongside promoting digestive health, ginger has been known to offer up a range of other health benefits, including those listed below:

Ginger can be taken in numerous different ways, either as a spice in food, or as part of a tea blend. Nutra Tea’s NutraCleanse is made up of ginger and other beneficial ingredients to help promote your digestive health.

All of our Nutra Tea products are made entirely from raw ingredients, with blends being developed over the course of three years. 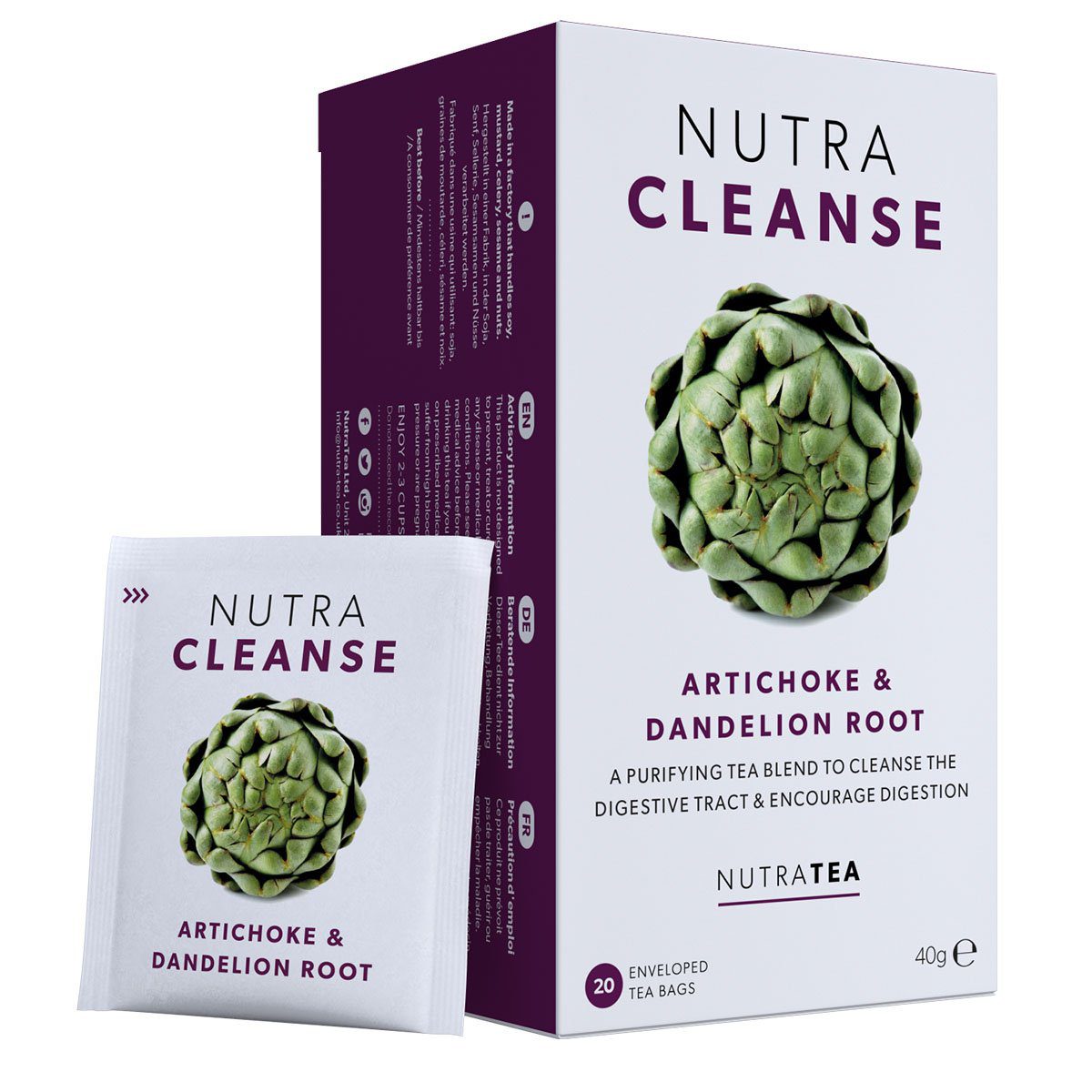